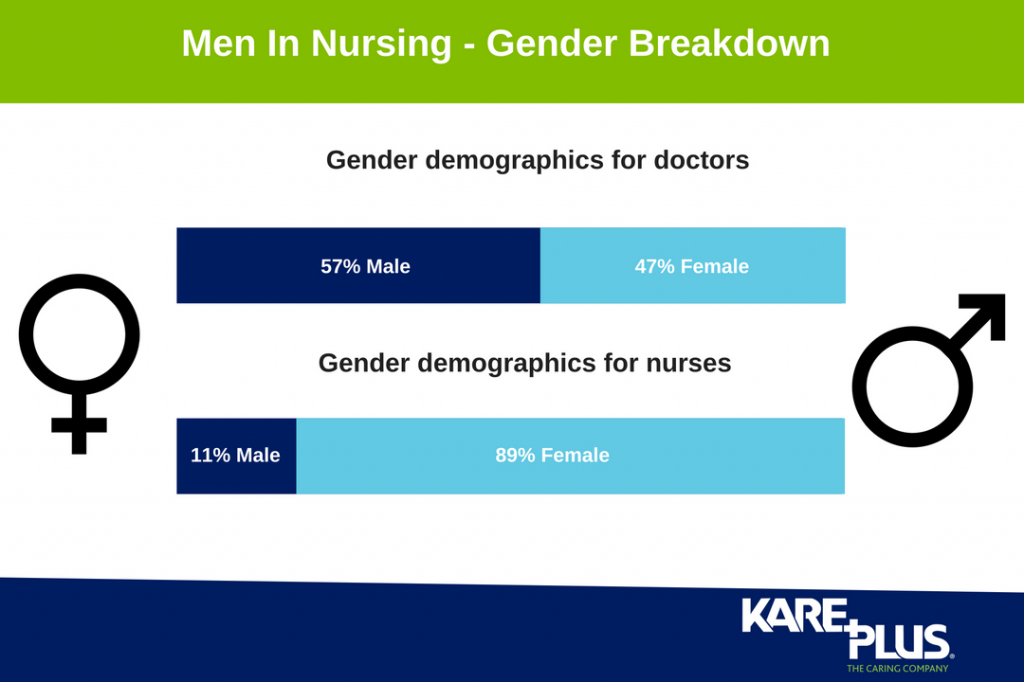 Men in Nursing: Is it time to stop stereotyping? the number of men working in nursing is definitely increasing worldwide, but it is definitely not anywhere near being equal. Only 1% of the nursing workforce in China is male, the 1% that work in the industry is often subject to ridicule and harassment. This is likely the same in other countries as well. It’s a shame that this still happens, the nursing profession is one of nobility and care, something that isn’t related to a specific gender.

In recent years the media is one of the biggest issues when it comes to how men in nursing are presented. Films like Meet The Parents essentially made a 2 hour film out of jokes about how the main character, a male, was a member of a nursing team. The same could be said of Scrubs, an American TV show in which a main character is too embarrassed to date a person because they are a male nurse. It’s this kind of representation that plays into the stereotypes of male nursing and likely why many people don’t take it seriously as a profession. This all seems a bit daft when you take into consideration the fact that men make up 11% of the nursing profession in the United Kingdom, considering there are 650,000 people registered on the Nursing and Midwifery council, that means there are at least 67,500 male nurses in the United Kingdom - enough to fill a large football ground to capacity. Not only that, there are more men than ever studying on nursing courses. There’s clearly a shift towards a more equal nursing workforce, and though it might never be completely equal, at least the industry is making progress. By 2017 it is likely that the number of female doctors will outnumber male doctors, especially as 57% of all student doctors are female. There’s clearly been a change in attitudes towards the professions that both men and women can pursue. It’s about time the media and outdated opinions caught up with the reality of the situation - men are turning to nursing, and they aren’t “male nurses”, they are simply nurses.

Civil rights and the disabled