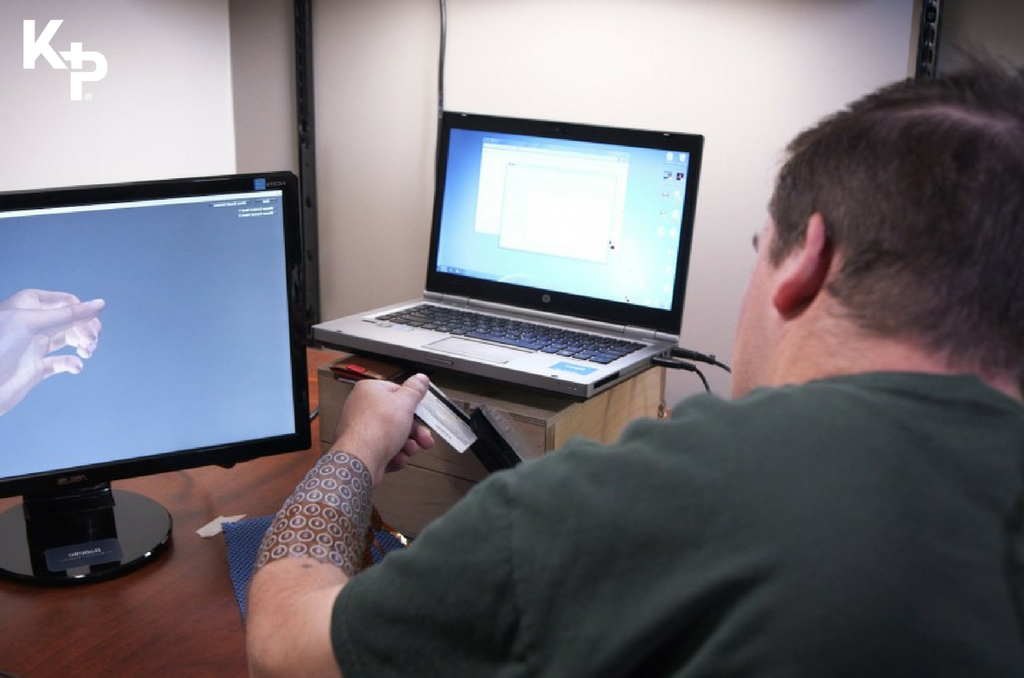 New technology helps man regain the use of his hand

What was once thought of as science-fiction, could well soon be a reality. A team of scientists at Ohio University have successfully restored partial hand control to Ian Burkhart, a man who is paralysed from the neck down.

Ian was in an accident six years ago, which left him unable to move anything below his shoulders. The purpose of the study was to see if researchers could restore function to Ian’s hands through neural implants. This is quite unique compared to most studies, as the majority tend to focus on a person controlling a mechanical or prosthetic limb.

Researchers implanted a chip into the motor cortex area of Ian’s brain, meaning scientists were able to process specific brain activities in that area. With this in mind they set about learning how Ian’s brain worked. The researchers recorded the signals his brain sent when he thought about moving his hands, and set about distinguishing the differences between the different hand movements that Ian imagined. This information was then processed in order to create a digital signal, which is then turned into a command for a special sleeve attached to Ian’s arm.

The sleeve forces Ian’s hands to move based on the electronic impulses it sends the muscles in the hand. This allows Ian to move his hands in severals ways: wrist flexion, wrist extension, middle flexion, thumb flexion, and hand opening are all now possible for him. This makes it possible for Ian to pick up and hold a credit card, move and drink a glass of water and even pick up pens - It has even allowed him to play Guitar hero.

The technology is still rudimentary in its design, and you won’t see anyone regaining full body functionality in the near future, but it is still an impressive leap forward in technology - one that shows the future of machine-assisted human movement