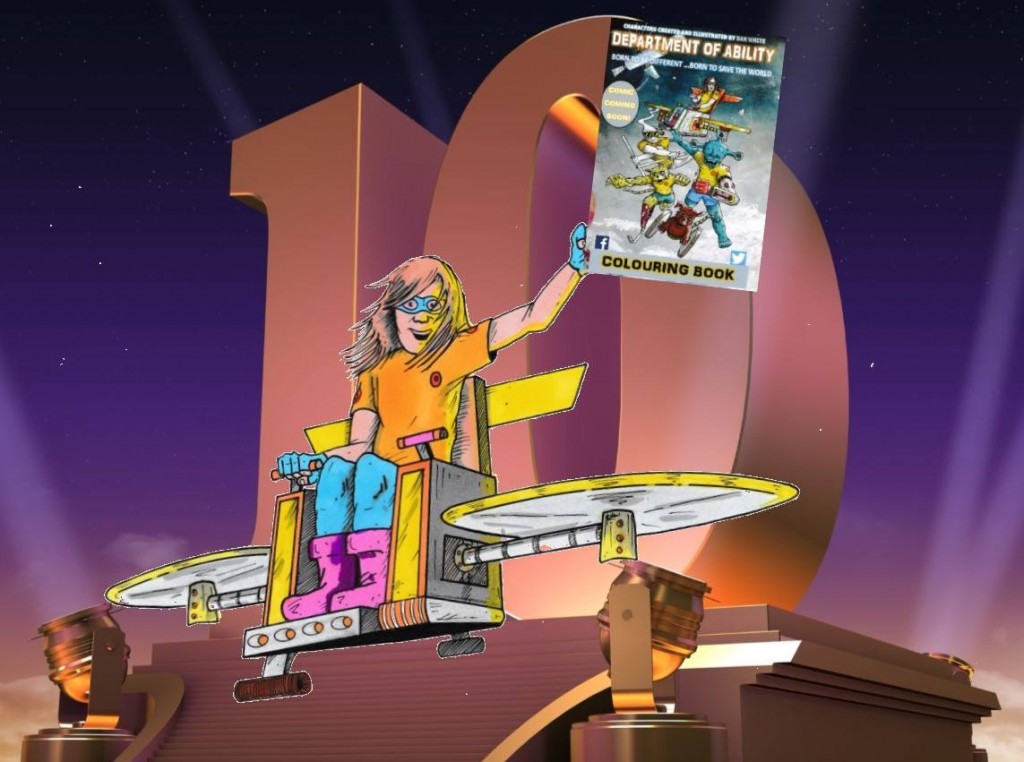 A series of comic books written by the father of a ten-year-old girl born with spina bifida have been snapped up by Hamleys toy store in London and are set to go ‘BOOM!’.

After Dan White’s daughter, Emily received her first wheel chair at the age of just three, he struggled to find relatable ‘heroes’ for her. As a result, Dan picked up his pencil and began sketching his own disabled comic book characters to help Emily come to terms with her disability – which have now developed into the comic book series, The Department of Ability.

Dan created characters such as the blind Daredevil to the paraplegic Professor X, and Pawsy the cheetah with hi-tech running blades to Claypole the scientist with psychic abilities. Perhaps most inspiring to young Emily though is her own caricature and lead role character, Emily with her flying wheelchair.

Once Dan began sharing his designs and comics across social media, the comic book world and disability charities alike began to take note. Children’s bone disease charity, Strongbones has now provided financial backing to help take the comics into the public domain and the man behind the world’s most successful comic book series, Marvel got in touch to pledge his support too.

Speaking to The Guardian about the support he is receiving from Marvel’s Stan Lee, Dan said: “It’s incredible. With the most creative, brilliant, globally known creator of comics and superheroes interested in this project, it will mean that finally disability has its most well-known creative champion.

“It’s changing the game – not just for the comic book but for disability generally.”

If you want to support disabilities and the new The Department of Ability comic, you can go along the official launch at Hamleys in central London on Sunday 26th June, where three floors for will be didicated to the event. You may even bump into fans such as Paralympian Hannah Cockroft, Zoe Ball and Dame Tanni Grey-Thompson (all of which have their own characters too)!