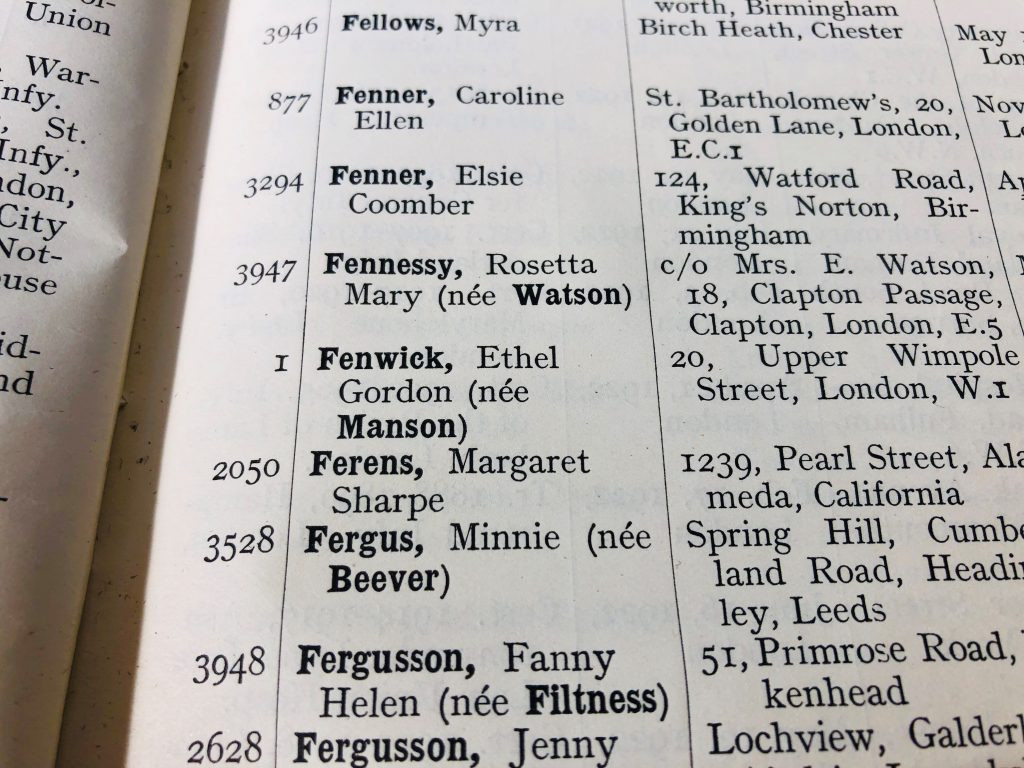 The 100th anniversary of the opening of the first-ever nursing register in the UK is being marked today.

The Nursing and Midwifery Council and the Royal College of Nursing have both recognised the centenary, which represents a key major milestone in the history of the profession.

It was on 30 September 1921 that the General Nursing Council for England and Wales – which subsequently became the NMC – opened the official register.

“The central theme has always been the need to have the right skills, in the right place at the right time” - Pat Cullen

The first to sign it was Ethel Gordon Fenwick, a hugely significant figure in the campaign for nurse registration, who therefore became ‘state registered nurse number one’.

In an opinion piece for Nursing Times, NMC chief executive and registrar Andrea Sutcliffe reflected on what Ethel Gordon Fenwick might think of nursing registration today.

Ms Sutcliffe wrote: “I imagine she would be astonished by the size of the register now – nearly 732,000 nurses, midwives and nursing associates working in so many different settings.

“I am certain she would have been proud of your important role in our health and social care system, particularly in the last 18 months of the coronavirus pandemic. I know I am.”

The chief executive and general secretary of the RCN, Pat Cullen, has also written for Nursing Times about the centenary, noting how the pursuit for registration was one of the college’s first campaigns.

In the piece, Ms Cullen said it was “remarkable” that many of the challenges facing nurses 100 years ago still stood today, such as staffing shortages.

“The central theme has always been the need to have the right skills, in the right place at the right time,” she added.

“Just as in the early days of nursing, central to the profession is the delivery of safe and effective care,” she said.

“That continues to this day through our safe staffing campaign and now the fight for pay that finally recognised the skill and professionalism of the modern nursing workforce.”

To coincide with the anniversary, the RCN is also highlighting a new resource that it has made available to allow people to trace their family’s nursing ancestry.

The college has worked with ancestry.co.uk to digitise its collection of nursing registers, which list 1.5 million nurses who trained and worked in the UK and Ireland between 1921 and 1968.

Carol Popplestone, RCN Council chair, said: “We are keen to hear from anyone, including our members, who might be curious about tracing their family’s nursing ancestry via the nursing register.

“We want people to get inspired about what these records tell them about their relatives’ lives – it might even inspire them to enter the profession themselves.”

In 2019, nursing organisations also marked 100 years since the passing of the Nurses’ Registration Act, which led to the creation of the register.