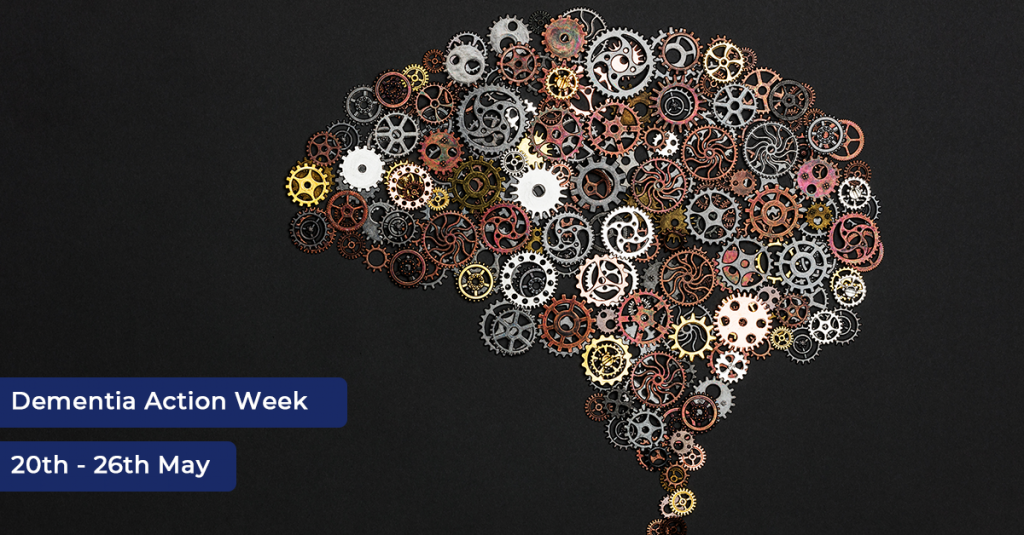 Dementia Action Week 2019 - What is a Dementia Friend?

On Dementia Action Week we take a look at the Alzheimer’s Society Dementia Friends initiative and what it does for those living with dementia.

With an aging population to contend with, the rate of dementia is growing at an unprecedented rate. There are currently around 50 million people living with dementia globally, but this figure is predicted to reach 152 million by 2050 - an increase of 204%. With that in mind, it’s vital that we collectively ensure a society in which those diagnosed with dementia can live safely and empowered by the support of friends, family and even strangers.

Alzheimer’s Society started Dementia Friends with the goal of changing society’s collective perception of dementia and its related illnesses. Individuals can volunteer to become a Dementia Friend by going through a number of online materials and taking a pledge to be more active in supporting those with dementia and educating those who may not know about it.

It’s not just about awareness though as each new Dementia Friend has the ability to pledge an action. Some of them can be small gestures like promising to wear the Dementia Friend badge on a daily basis or encouraging others to join the initiative, while others take a much more active approach by pledging to run awareness seminars or actively supporting those in the community of individuals living with dementia.

One step above a Dementia Friend, there are also Dementia Friends Champions; individuals who attend an induction session where they are imbued with the skills to run awareness sessions in the local community. This requires a more hands on approach, but those who undertake the responsibility can make a huge difference in cultivating a dementia friendly community.

A number of Kare Plus business have taken the pledge and run Dementia Friends sessions in their office.

Kare Plus Staines and Weybridge have hosted a number of Dementia Friends sessions, inviting members of the public to learn more about dementia.

The registered manager for Kare Plus Staines and Weybridge, Kerry Richards is a Dementia Friends Champion:

“I signed up to become a Dementia Friends Champion because I have worked with people living with dementia for over 20 years and I wanted to do something positive to help. I’m so proud to be a part of a growing network of people helping to create dementia friendly communities across England.”

Kare Plus Southport hosted their own Dementia Friends session in October; having invited a number of staff the session, the business has now managed to inspire 14 Dementia Friends.

If you would like to become a Dementia Friend, you can visit the website by clicking the link below and following the simple steps on the site. The whole process won’t take any longer than an hour and it may just give you the skills and knowledge to help make a difference.