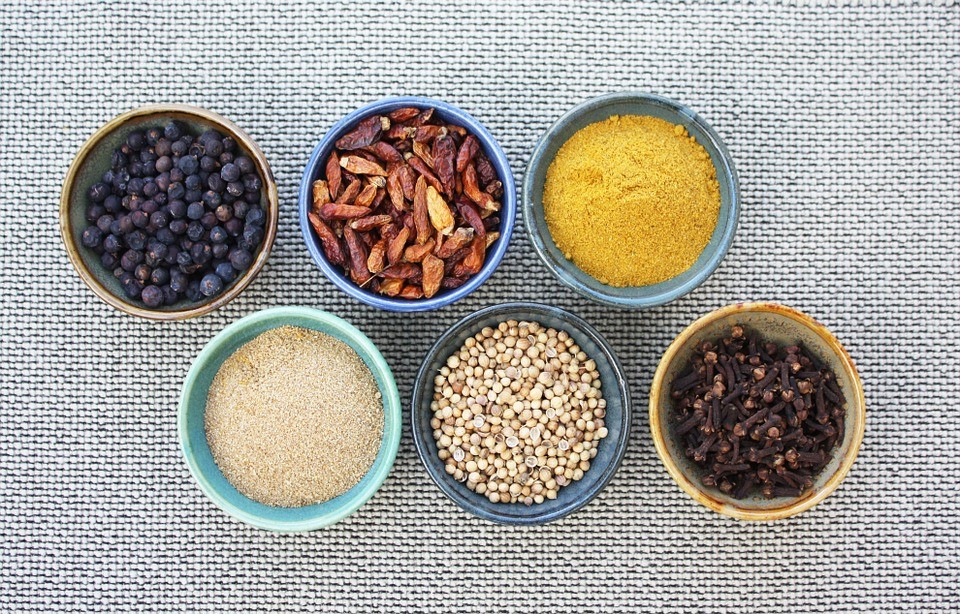 A short guide to the health benefits of spices

Did you know that spices aren't just a great way to make your meal more exciting, they also have really great health benefits too.  Most modern medicines have their foundations in plants and here we’ve identified different spices and their health benefits.

Although not technically a spice, garlic has many health benefits and contains powerful anti-inflammatory benefits. Many chronic diseases are sourced from inflammation, including heart disease and diabetes. Garlic also helps the immune system’s ability to increase the amount of T-cells in the blood, which in turn help to fight off viruses such as colds and flus.

According to scientists, cumin is one of the best spices to use when suffering with a cold, it’s high in Vitamin C content and has anti-fungal properties. Adding cumin to your food helps increase the amount of hemoglobin within your red blood cells, as it oxygen which hemoglobin transfers around the body. Cumin’s oils are also effective in treating respiratory disorders such as asthma and bronchitis.

Out of all the different spices cinnamon has the highest antioxidant value. Cinnamon contains an oil called cinnamaldehyde, a compound which helps with improving metabolism. It can also aid in lowering levels of cholesterol, which reduces the risk of heart disease as it helps to reduce blood pressure. Not only is cinnamon great in sweet dishes it’s also delicious in  a curry  and in savoury snacks.

The outer layer of pepper helps to break down fat cells. Although we’re not saying that adding pepper to your meals once a week will help you lose weight. Eating it regularly will aid a difference in the speed of weight loss as part of a healthy diet. By adding black pepper to turmeric, the nutritional value is increased as aids absorption into the circulatory system.

Saffron is the most expensive spice on earth and can be more expensive than gold! It takes 150 plants to be ground down to create one gram of dried Saffron. Saffron has many uses including, medicinal purposes, dyeing and cooking. There have been experiments studying saffron, which has enabled old remedies to be reintroduced. Face masks made of saffron and lemon yogurt have been tested to help people that are suffering with acne. Honey and saffron is used to help revive and brighten skin. Saffron is great to add to food as the nutrients in the spice increases the amount of blood that flows to the brain. This produces a chemical called serotonin (known as the ‘happy hormone’), which can help people living with depression and anxiety.

Turmeric is the stalk of a tropical plant that has been ground down. It is one of the main spices used within Chinese and Indian recipes and contains a substance called curcumin which has been used for centuries due to its healing properties. Turmeric is an average costing spice accessible around the world! Some of the main health benefits from eating turmeric includes; helping to fight off colds and flus, decreases heartburn and reduces stomach bloating.