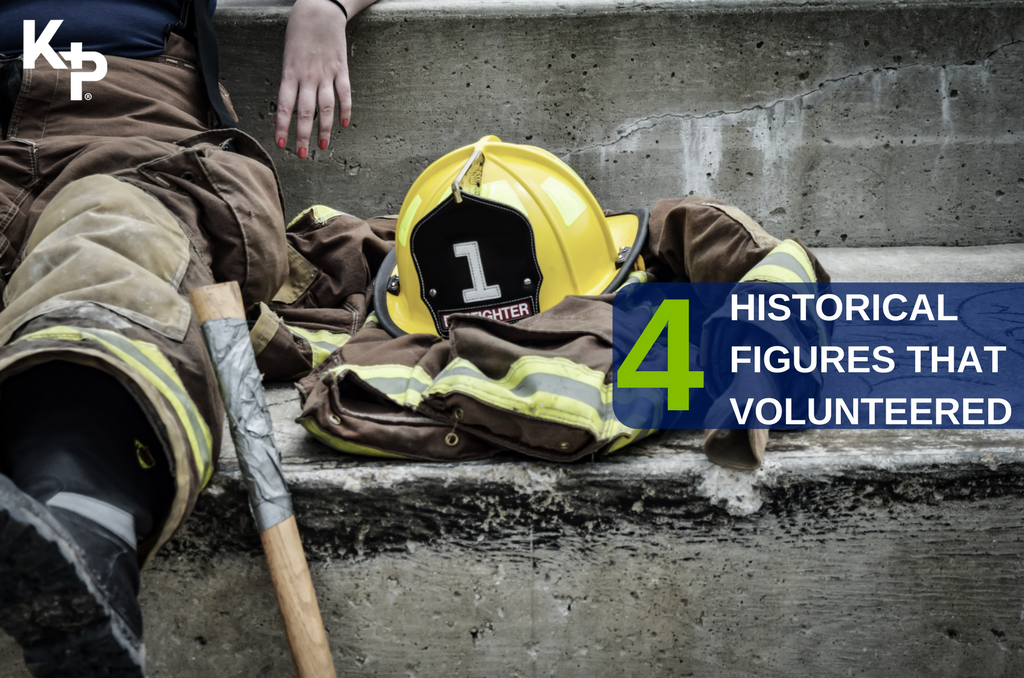 Voluntary work is vital to the continued operation of charities across the world. Without it there are millions of people that would go without support and supplies. This is why it’s important that we continue to volunteer in any way we can. It doesn’t always have to be a grand gesture, and a simple act of kindness is a great place to start.

We’re very accustomed to modern celebrities volunteering their time towards worthy causes, but this isn’t a new concept. There have been countless famous figures throughout history that have made concerted effort to help a cause, or even just to make the world a slightly better place.

Famous American jazz and pop singer, Ella Fitzgerald regularly got involved with charities, but it was her work with The March of dimes that is often most remembered. During the 1950s America experienced a polio epidemic, a disease that killed and paralyzed over half a million people at it’s peak. Ella Fitzgerald volunteered and performed on a public broadcast, urging people to donate to March of Dimes to help fight the polio outbreak. You can watch the performance here.

Agatha Christie is the best selling author of all time, we’re not just saying that either, she has a place in the Guinness World Records book to prove it. Outside of writing though, Agatha was a dedicated volunteer nurse that tended to injured soldiers during the First World War. It was her time as a nurse that went on to inspire many of her most famous novels. Something that goes to prove how formative voluntary work can be.

Benjamin Franklin is probably one of the most well known names in modern history. Not only is his face on the $100 bill, but he was one of the Founding Fathers responsible for the creation of the United States of America. In 1736 Benjamin helped form the Union Fire Company, a voluntary fire brigade in the Philadelphia area. All of the members, Benjamin Franklin included, were volunteers and had to help fund the group.

Ernest Hemingway is considered one of the most influential writers of all time and his classic book The Sun Also Rises is a pivotal piece of American literature. Ernest volunteered as an ambulance driver with the Red Cross in Italy during the First World War. During his time as a volunteer, Ernest risked life and limb on the front line, transporting injured soldiers to safety. Ernest also earned the Italian Silver Medal of Bravery for saving a soldier's life after he himself had also been hit by grenade shrapnel. Ernest's time as a volunteer shaped his writing and made him the house hold name that he is today.

Volunteer work doesn’t just make a positive difference across the world, but it can also shape and define you as a person. Whether you are still looking to shape your career, or you just want to make a difference, volunteering is definitely worth your time. Please read our blog on five ways you can volunteer.