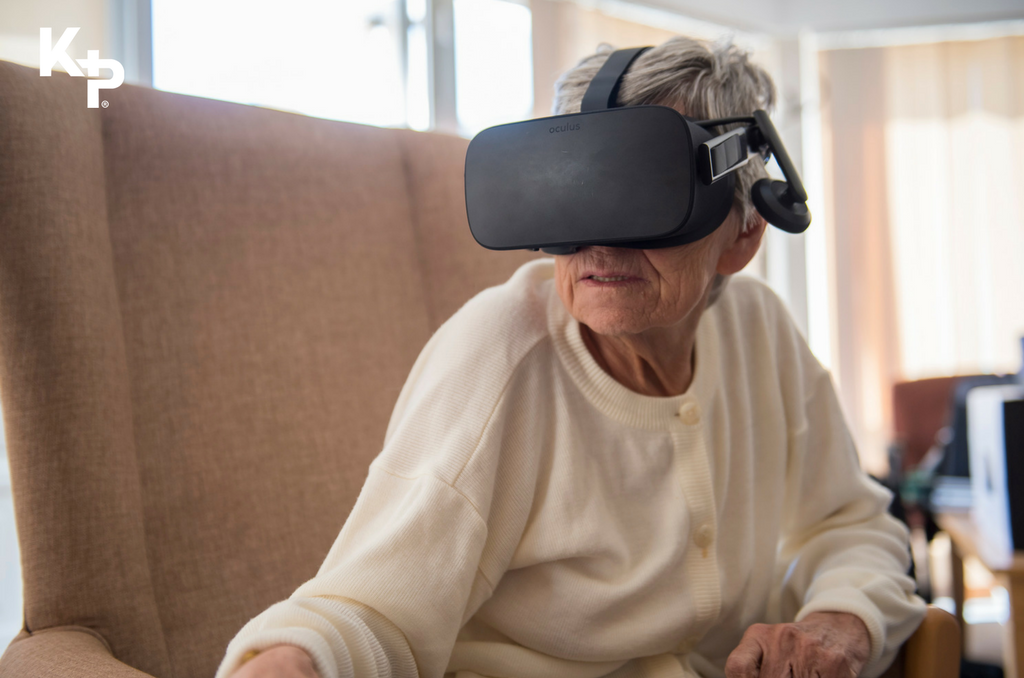 An interview with Alex Smale, the man behind Dementia VR

Last week an amazing video of elderly people with dementia trying virtual reality appeared online; the video went viral and received a staggering amount of views and comments. In the video we see a lady called Mary, visiting the seaside from the comfort of a chair. The reaction from all involved is overwhelmingly positive, and goes to show the effect VR can have on those restricted by degenerative illnesses.

While VR is undoubtedly a hot topic at the moment, there is reason to doubt its success as a commercial product. The technology had a big push for success during the 90s, but high production costs meant that VR struggled to catch on. Twenty years later though, VR is back and has managed to find itself a huge market in the gaming industry and now the healthcare industry.

Whilst VR has had a very recent burst in popularity due to big names like HTC, Samsung Microsoft releasing headsets, the technology itself has been in use in healthcare for the better part of 10 to 15 years. A popular project called COOL uses VR along with specially designed software that aims to reduce pain for those with chronic conditions, has been around for the best part of 15 years. The COOL project isn’t alone though, there are so many different applications for VR, from patient treatment through to the training of doctors and nurses.

The software in the recent viral video is called Dementia VR, an app designed to help dementia sufferers by immersing them in familiar surroundings. The project was inspired by the neighbours of the Managing Director of Tribemix, (the digital marketing company behind Dementia VR), Alex Smale. The two neighbours are 99 and 94 years old; they are restricted by disability meaning they are no longer able to freely leave the house. Alex thought it would be great if he could take both of them to the beach, and with VR in mind he designed a program that could do just that.

The video left a lasting impression on us and we wanted to dig a little deeper into both the project and those behind it. Alex Smale is one of the people behind Dementia VR and has agreed to answer a few questions for us.

So why do you think Dementia VR resonates so well with those living with dementia?

“Rather than 360 video, we’re using real time 3D virtual reality which enables us to create any scene, both real or imagined. It has a true sense of depth and you really do feel like you’re there. And because it’s completely computer generated, we’re able to create scenes that are perfectly tailored for people living with dementia. For example, we can create scenes full of nostalgic elements from history, such as donkey rides on the beach, or close up animal encounters where a herd of deer wander around you, or we can take them to the bottom of the ocean to a coral reef full of tropical fish and dolphins. Things that are impossible to create any other way. It’s these things that make all the difference to people living with dementia.”

How integral do you think VR technology is going to be in the care industry?

“Our goal is to set a new standard of care using virtual reality. There are so many things you can do with it, including dementia diagnosis and training for carers and relatives to help them understand what it’s like to live with dementia.”

Where else in the care industry would you like to see VR positively affect people?

“Our next step is to help terminally ill children to enjoy things off of their bucket list that they’ll never be able to enjoy in real life. Such as standing on the deck of the new aircraft carrier H.M.S. Queen Elizabeth while F35’s whizz past you on take off. Or going up into space on the International Space Station.”

The reactions from those who used Dementia VR in the video are incredibly positive, were you expecting such positive reactions?

“We hoped it would have a positive impact, but nothing could have prepared us for how good the results were, and how happy it made people. It’s actually really emotional delivering the experiences, as the residents are just so happy and it’s just so lovely getting a hug from them and them telling us how much of a difference it’s made to them. Ann who is the last lady in the video told us on our last visit that she had lost her mother, father and brother this year, and that the virtual reality experience was the first time she’d felt happy in many months. It’s pretty hard not to cry when someone tells you that.”

Do you plan on designing more scenarios for Dementia VR?

“Yes indeed. We’re working hard all the time on creating new experiences. Our aim is to create at least one new experience every two months, but we’re currently doing about twice that many.”

The “Tribemix Virtual Reality for Dementia Care” video is currently sat at 2,000,000 views on Facebook and 30,000 on YouTube. Were you expecting such a huge reception?

“No definitely not. It’s been incredible. I’ve been receiving countless messages from all over the world. So many people have been moved to tears (happy weeping) by the video and want to help or have the technology to help others. It’s lead to some really useful conversations with some very high up people and it has opened a lot of doors that will help us to get this to people living with dementia more quickly and for less.”

“For us, we’re now focussed on getting the Dementia VR systems out to care homes so that we can start to help people living with dementia on a large scale. We want all of the initial users to record all of the outcomes for us, and in particular, we would like to assess if the virtual reality experiences lead to a reduction in the need for medication. We’re confident that this will be the case. Beyond that, we do have a few projects in the pipeline, all of which are just as exciting as the Dementia VR project. Go onto our website www.tribemix.co.uk/Dementia-VR and register your interest to stay in the loop.”

There’s no doubt that Alex and the Tribemix team are doing incredibly important and innovative things. We can’t wait to see what else the Dementia VR project can achieve and want to thank Alex for answering our questions