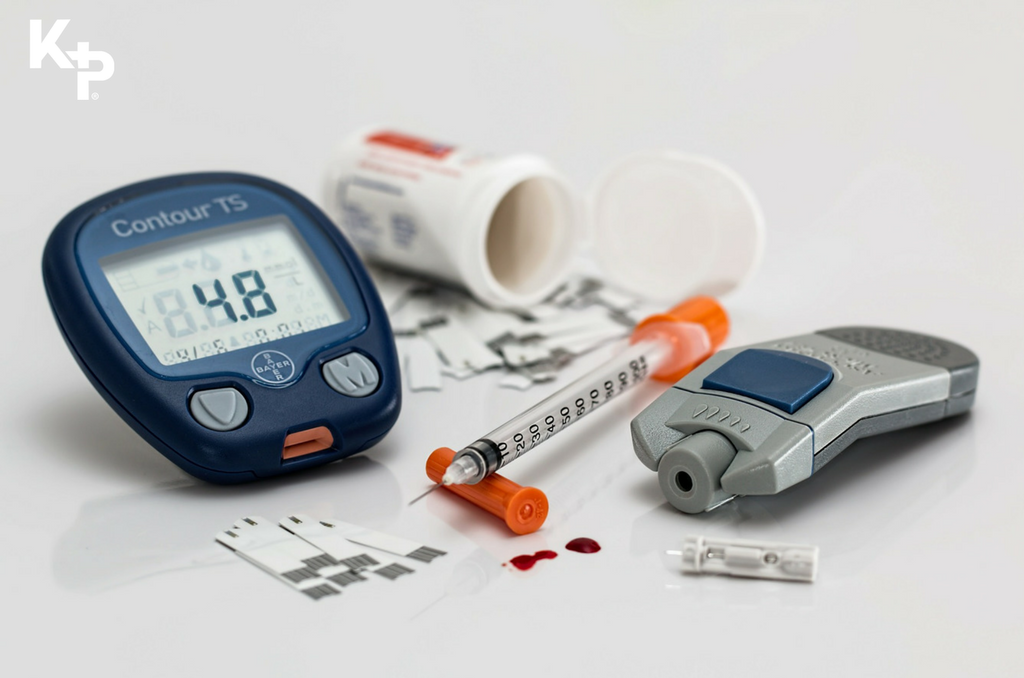 Today marks a 125 years since Sir Frederick Banting was born in Canada: a man that in 1922, would go on to discover insulin and the role it plays in diabetes. It’s no surprise that today is also World Diabetes Day, a day that aims to raise awareness of the lifelong condition. There are two different types of diabetes; Type 1 diabetes attacks and destroys the cells that produce insulin whilst Type 2 diabetes involves the body not producing enough insulin, or the cells within the body simply not reacting to it.

There is no magical cure for diabetes.Once a person has been diagnosed with the condition they must effectively manage it for the rest of their lives. Most people are at risk due to a family history, but it is possible to develop diabetes through a sedentary lifestyle, amongst other factors. So, here’s 5 ways you can help reduce your risk of developing diabetes.

61.7% of people in the United Kingdom are considered overweight or obese, this is a pretty scary figure when you consider that obesity is one of the main contributors to developing diabetes. This is why it’s so important to remain active, no matter how busy your week is, you should always find time to spend at least half an hour day doing some form of physical exercise. This can be anything from a walk, a jog, a cycle or even just some yoga. Getting into the habit of doing this everyday will not only decrease your weight, but will also substantially lower the chance of you developing diabetes.

Your diet plays a big role on the chances of developing diabetes. A lot of sugary snacks and treats will increase your chances, alongside a reliance on high-carb meals such as microwave meals and ready made food. A study found that women that had an intake of whole grains two to three times a day were 30% less likely to develop diabetes compared to those who didn’t. Whole grain foods are common and easy to switch to, instead of white rice, try brown rice, swap white bread for wholemeal and you can even buy whole meal cereals.

The United Kingdom really loves its sugary drinks. In 2015 alone, the consumption of fizzy drinks in the UK was an average of 203.6 litres per person. While this is a figure that has slowly decreased over the past few years, it still makes for a huge market. Sugary drinks are known for the role they play in increasing obesity, excess sugar on top of a lack of exercise can increase the chances of gaining weight. Swap sugary drinks for coffee, tea or water. Coffee has actually been loosely linked to diabetes; a published study found that regular caffeine consumption led to a slight decrease in the chances of developing diabetes.

An increased chance of diabetes is another reason to add to the long list of reasons to quit smoking. A 50-year-long study by the U.S.Department Of Health and Human Services found that those who smoke regularly were 30% to 40% more likely to develop diabetes than those who didn’t. It can also have adverse affects on those that already have diabetes, as smoking exacerbates the already serious complications that diabetes can cause.

Heavy alcohol consumption can lead to a higher risk of diabetes, this can happen in a number of different ways. Those that drink heavily are more likely to develop chronic pancreatitis, an autoimmune disease where the body wrongly attacks the healthy cells in the body. A study carried at at the University of Auckland in New Zealand found that those with acute pancreatitis were 37% more more likely to develop pre-diabetes and diabetes in the following five years. It’s also worth noting how many calories are in alcohol, on average one pint of lager can equal a single slice of pizza. This is why lager is so commonly associated with weight gain, another cause of diabetes.

Diabetes is a very serious disease, but it is treatable, many people that have been diagnosed with the condition go on to live normal lives with the right diet and exercise. Are there any other tips or foods that help prevent diabetes? Let us know.

Care Homes Enriching lives in a pandemic with NAPA