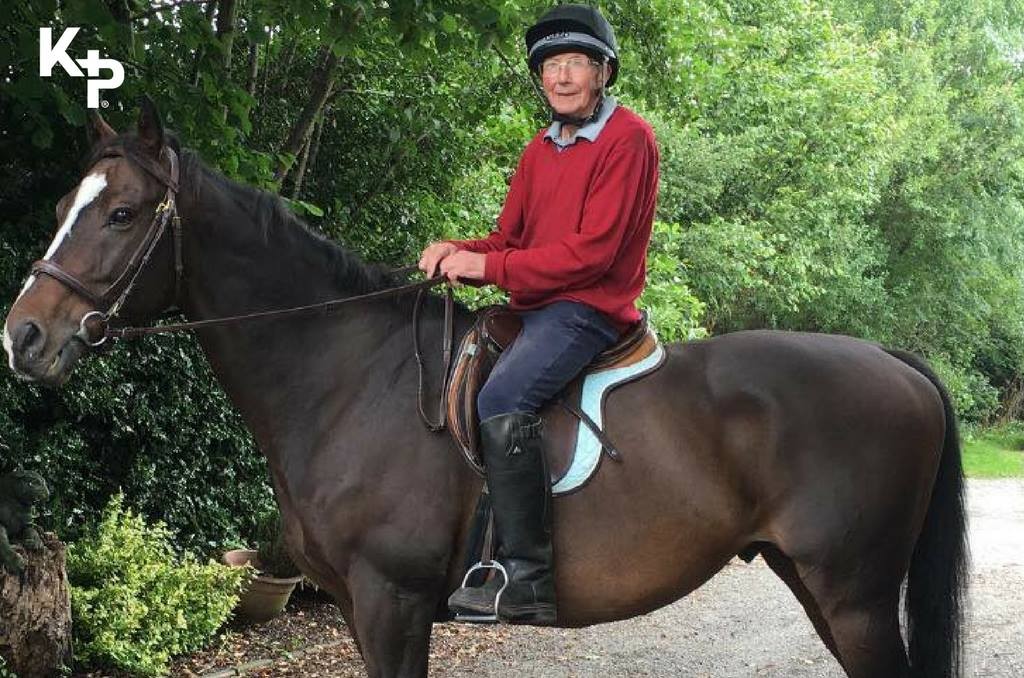 As an annual supporter of Horse of the Year Show, the UK’s fastest growing multi-service healthcare franchise, Kare Plus gave away four tickets to lucky winner for last week’s 2016 edition of the show.

Ran across social media, winners Janine Bradbury and her father, Mr Sorrel won tickets for the first day of the show, after Ms Bradbury shared an image of her dad, 83, on his ex-race horse, New Oscar.

With such a high number of entries, a second winner was also announced, and Boo Deakin won two tickets for the day also after she said an image of

Despite still riding most days, Mr Sorrell has never before been to HOYs and his daughter, Janine said: "We are delighted to have won tickets; it will be a well deserved and real treat for dad. Much of his spare time has been spent having treatment for Non-Hodgkin lymphoma; he has been very poorly but is recovering well now and will thoroughly enjoy a day at HOYS.”

As well as giving away tickets to the show, Kare Plus has also been a proud sponsor of HOYS for the past five years.

Kare Plus has over 70 locations across the UK with opportunities for nurses, healthcare assistants and support workers, as well as providing home care services in multiple locations. There are also many franchise opportunities available. If you would like to find out more, call 01952 783 333 or email [email protected]

Meet Kare Plus at the National Franchise Exhibition

Our Operators Are Not Available At The Moment. Please Leave A Message a And We Will Contact You Soon