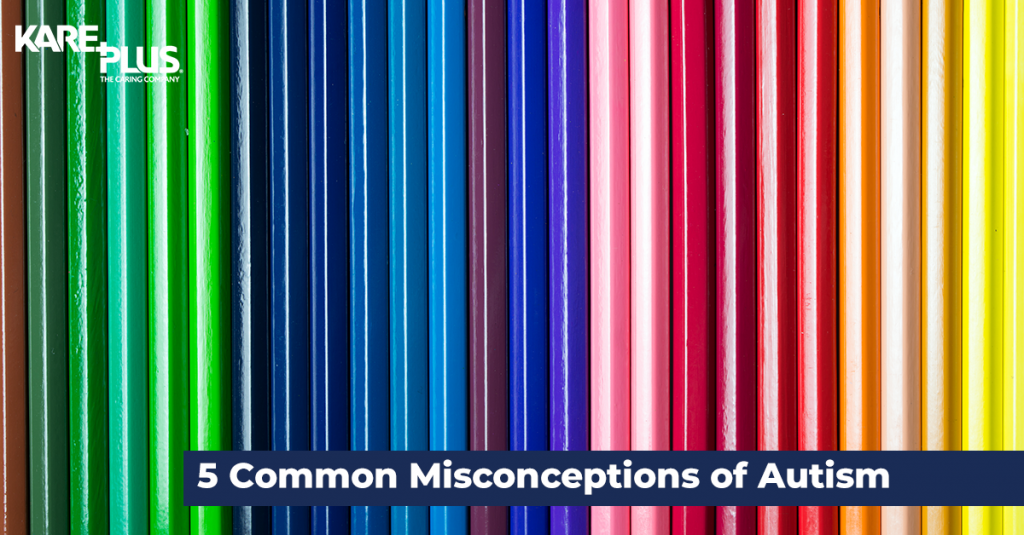 Kare Plus supports many customers living with developmental disabilities, so  our team understands the range of requirements and services needed. One particular disability we often encounter is autism. Science and society at large has a far better understand of autism than it did just a few years ago, but there are still fundamental flaws in how it is represented. In support of this motion, below are five common misconceptions of autism spectrum disorder.

5. Special abilities
Those living with ASD are more commonly represented in movies and television than they used to be, but the representation can often be wrong. There are many characters on the spectrum in films that have some kind of special ability, these characters are often very talented mathematicians or musicians.  It is true that some people living with ASD do excel at maths thanks to a difference in brain organization and the effect it has on problem solving, but this is actually quite rare. Only 1 in around a 100 people living with ASD actually has those skills.

4.The autism spectrum is linear
A lot of people think they understand the autism spectrum, and believe that most people on it are similar. This could not be any further from the truth. Autism is an incredibly varied disorder, no one individual is alike. One person might have severe issues with loud public places, but be perfectly fine understanding facial cues in a social setting.  Each of these characteristics can also vary in just how severe it is, for some it might be a minor annoyance while for others it is life debilitating.

2. Autism in adults
There’s a common belief that only children live with autism; in a study conducted by The National Autistic Society, 27% of those participating believed that autism mainly affects children. There is currently no cure for autism, and it is not something that a child can grow out of. A child with autism has it for the rest of their life.

1.Autism is curable
In the same National Autistic Society study, more than 60% of those participating thought there was a cure for autism. This couples well with the misconception that autism is a behavioural disorder, which is something that could be cured. There is currently no cure for autism, but the care provided by the health care industry and our own Kare Plus Nurses and HCA workers can change lives for the better.